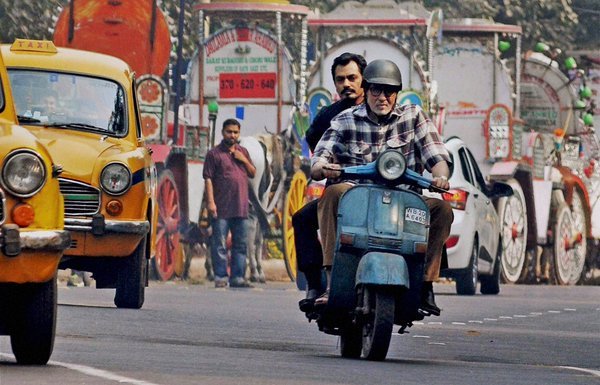 Te3n is a Hindi thriller starring Amitabh Bachchan as the grandfather of a young girl who was kidnapped and killed 8 years ago.  He can’t let the unsolved case go, and visits the police station every day for an update.  Vidya Balan is the police detective who tries to gently get him to move on. 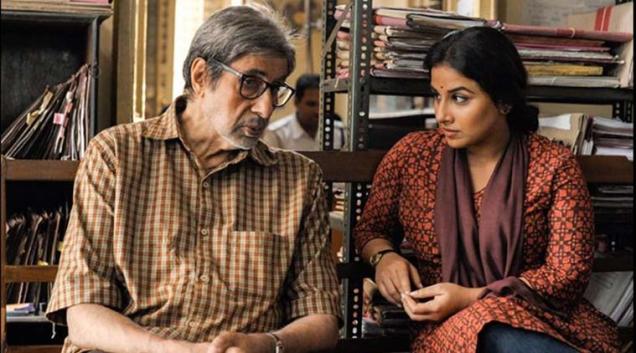 Nawazuddin Siddiqui was the police officer investigating the case 8 years ago, and botched it.  He has since become a priest, and Amitabh (John) also torments him regularly about the cold case.

Amitabh neglects his disabled wife, the bills and regular life in his obsession to find justice for his granddaughter.  He uncovers what he believes is new evidence in the case, and gets Martin (Nawaz) to accompany him to track down more clues.

Then another young child is kidnapped, and the details of the case seem to be an exact copy of the case of John (Amitabh)’s granddaughter.  Vidya calls on Martin (Nawaz) to help her find the kidnapped boy. 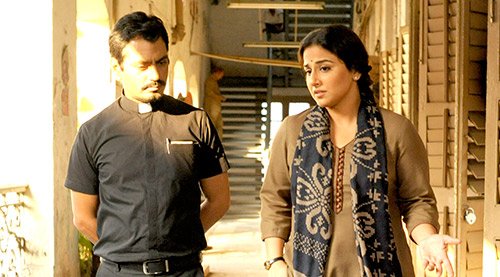 What this movie got right was the obsession that family members can fall into, especially the elderly, with an unsolved case.  Our family happens to have a missing person/probable murder cold case.  Having a tragedy like that hanging over a family can take a heavy toll.  Amitabh lets all the despair and pain show in this movie.  His wife, and every one urges him to just let it go, but he can’t.  He just can’t. 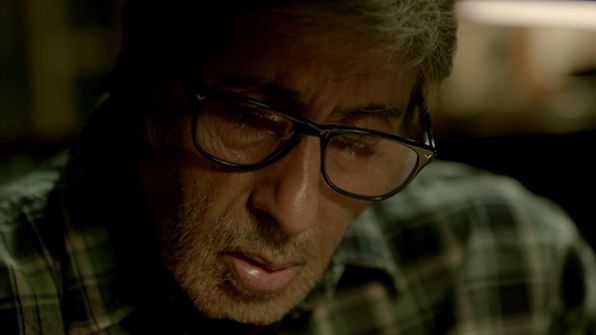 Te3n is written and directed by Ribhu Dasgupta and produced by Sujoy Ghosh of Kahaani fame.  It’s an authorized remake of the Korean film Montage, which I have not seen.  Te3n is set in Calcutta, but just never manages to reach the level of suspense and tension of Kahaani, or true surprises.  Here you have three of my favorite Indian actors in Hindi cinema, and while the film is good, it’s not as great as I was hoping it would be.  The ending was a satisfying conclusion to the thriller, but I had some unanswered questions.

Amitabh’s John is fleshed out, but I was left wondering if it was just this one case that led Martin, Nawaz’s former cop character to become a priest. 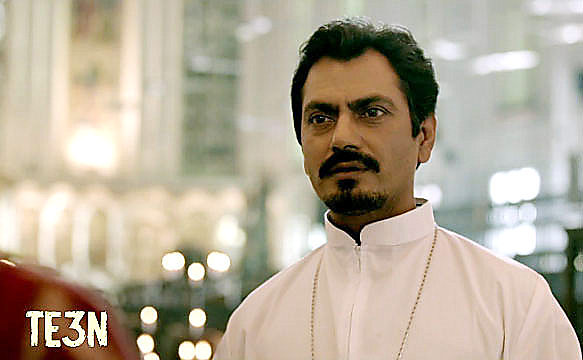 Three and a half stars out of five.