The Oscars are my Superbowl and I throw a big party every year.  I follow the race for the entire year, reading especially Awards Daily to keep informed how the race is shaping up.  At my party, people fill out ballots and I run a contest (excluding me because that wouldn’t be fair.)  The one with the most right gets 2 DVD’s of movies nominated.  This year I’m giving Hell or High Water and Manchester By The Sea, as many movies are still in theaters.  The biggest loser also gets a prize – a giftcard to our local cinema with my admonishment – “Go see a movie already!”  I’m pretty proud that my son won his college Oscar party pool four years running with my giving him the skinny.  So here’s your rundown so you can win, if you have a party tonight.  For details down to the technical awards, again, check out Awards Daily because they track all the previous awards and the guilds leading up to the big night. 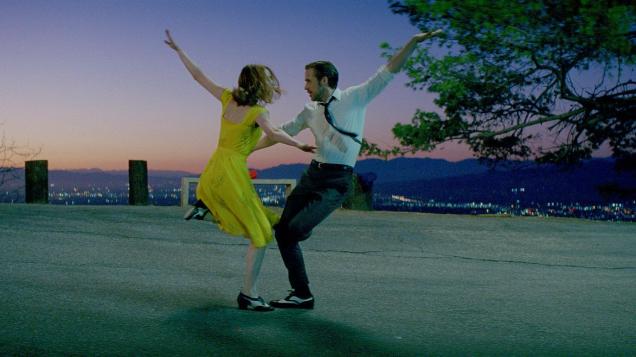 Best Picture is easy.  It’s La La Land all the way.  There are nine nominees this year, and really 2016’s crop of movies was an embarrassment of riches.  It was simply a great movie year.  La La Land garnered a record matching 14 nominations, the same as All About Eve and Titanic.  It’s not a question of will it win, but rather how many Oscars it will win.  Being a musical, it’s got those categories sown up.  If you want to know why there are only nine nominees rather than the allowed ten, it’s the complicated preferential ballot system that the Academy uses.  It’s Byzantine in it’s complexity, and if they stick with it, it’s unlikely there will ever be a full 10, only 8 or nine as we’ve had since they instituted the new rules.

Best Director is also Damien Chazelle for La La Land.  He won the Director’s Guild and just about every other award possible through the awards season.  He’s a proven commodity because everyone also loved his first film Whiplash.

Best Actress is Emma Stone for La La Land.  She won the SAG and many other awards along her way to tonight’s big win.  She is the heart and soul of La La Land.  It’s her story.  This category I had issues as to who won the five nomination spots.  I love Meryl Streep, and I admit I haven’t seen Florence Foster Jenkins, but really?  A record 20th nomination for her rather than a spot for Amy Adams for Arrival?  Or Annette Bening for 20th Century Women?  I am pleased that Ruth Negga got a nomination for the wonderful Loving.  The problem is there are only 5 spots.  Viola Davis got a Tony as lead actress for the play Fences, but they put her in the supporting category for the Oscars.  I love Emma Stone, and I’ll be pleased to see her come home with an Oscar tonight. 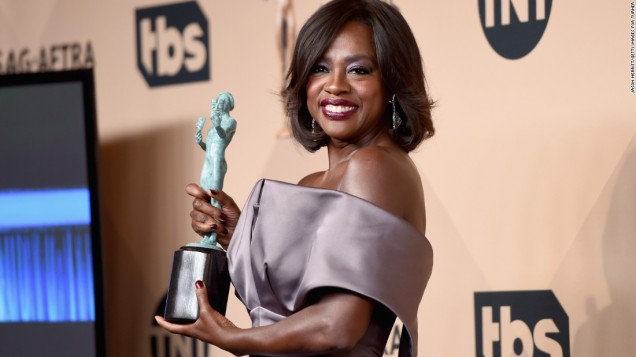 As I mentioned, Viola Davis is a LOCK for Supporting Actress for Fences.  You can take that one to the bank.  As The Daily Beast put it, Just Give Viola Davis the Damn Oscar Already.  Can you believe she doesn’t have one yet?  When she starts with that snot crying, it’s over.

He probably sealed the deal with his moving speech at the SAG Awards – “I am a Muslim.”  He was also in the Best Picture nominated Hidden Figures and now I realize just how many wonderful supporting roles he’s done, like in House of Cards. 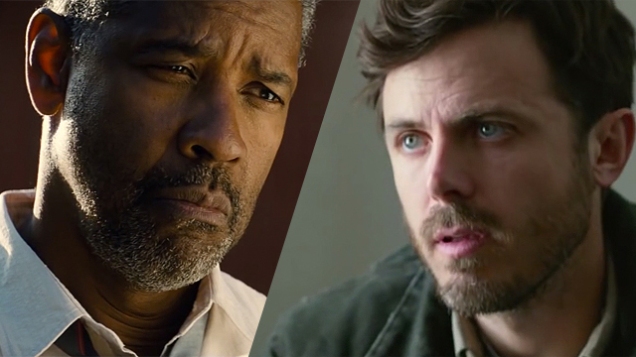 Best Actor is the nail biter of the night.  Casey Affleck gave a career best performance as a man shattered by grief in Manchester By The Sea, but he’s been dogged by the scandal of the settlement he made in a sexual harassment case on another film.  Denzel Washington was a powerhouse in Fences, but he already has two Oscars.  They’ve split the awards this season.  Casey got the Golden Globe, but Denzel surprised with the SAG Award.  This one could easily go either way.  I’m betting on Casey Affleck.  Scandal didn’t shut out Roman Polanksi with Academy voters, so I’m betting he still gets it.

Adapted Screenplay I think is also where Moonlight gets some love.  Director Barry Jenkins took Tarell McCraney’s very personal play, and added experiences from his own childhood to the movie script.  I just listened this weekend to an incredible interview with both of them on Fresh Air, and I highly recommend you listen.  They grew up blocks from each other, and went to the same elementary school, but did not know each other as children.  They both had mothers who were addicted to crack cocaine.

Original Screenplay is Kenneth Lonnergan for Manchester By The Sea.  I think this is where the Academy voters reward the other films, rather than giving everything to La La Land.

Documentary Feature: O.J.: Made in America  – Can an 8 hour mini-series be considered a film?  I guess so, because it’s won everywhere else.  I’ve watched about half of it and it is like reliving that time all over again for me.

Animated Feature: Zootopia.  Kubo with Two Strings could upset, but I think the diversity message of Zootopia will particularly resonate with Academy voters.

Costume Design: Jackie.  The costumes were just stunning, but Fantastic Beasts may pull ahead here, as fantasy films usually have an edge in this category.

Production Design: Arrival  I loved the look of this movie, and I hope it gets at least one Oscar here in this category.

Best Song – I’m wavering on this one.  La La Land has two nominations, and City of Stars probably will win, but maybe the Hamilton love sweeps Lin an Oscar for How Far I’ll Go in Moana, which I watched last night.  I give it to City Of Stars, and I’m glad Lin is set to perform his song tonight at the ceremony!

Animated Short: Piper  You can buy all the nominated shorts for $5.99 to watch on Google Play which I did on Friday night.  Piper is the best, and it’s Pixar, but I really liked the fascinating Pear Cider and Cigarettes.

Foreign Language Feature: The Salesman  Whether it’s actually  the best of the lot, I have no idea as I’ve not had a chance to see any of them, but with the director being blocked from attending through the EO Muslim Ban, I think voters will send a political message by giving this one the win.

The other categories, I’m just guessing.  Sound Mixing and Editing I never know what they are exactly, to be honest.  Maybe Sound Editing to La La Land, and Mixing to Hackshaw Ridge as war movies tend to win with their complex soundscapes.

Check out this Awards Daily post for a full rundown of the odds for each category. 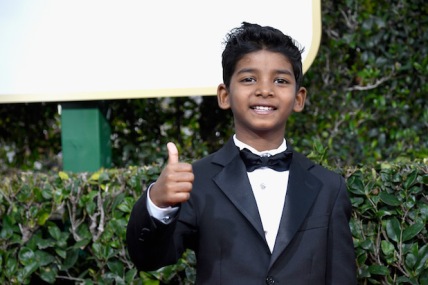 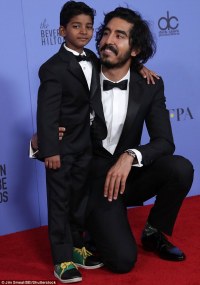 I can’t wait to see this little guy from Lion on the Red Carpet in a few hours!  He’s been the star of the moment with his thumbs up pose. 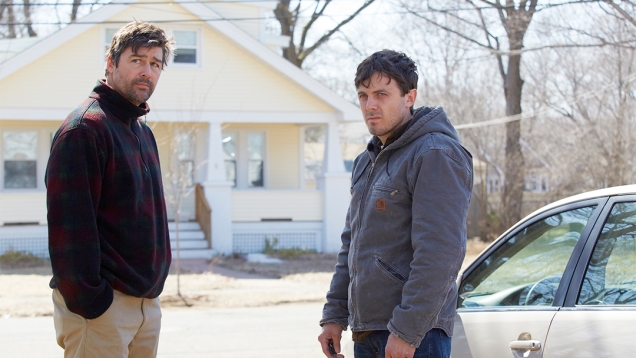 Manchester By The Sea is out right now in limited release.  If you can find it, I urge you to go see this incredible film.   I saw this film in January at Sundance going in knowing next to nothing.  All there was in the program was this picture of Kyle Chandler and Casey Affleck who play brothers in the film.  And the name Kenneth Lonergan, the writer director.  That’s the name that made this film a must see for me.  He has only written and directed three films.  His first feature, You Can Count On Me gave us an incredible debut by Mark Ruffalo as Laura Linney’s ne’er do well brother.  His second film, Margaret, starring Anna Paquin, was finally released on DVD recently. 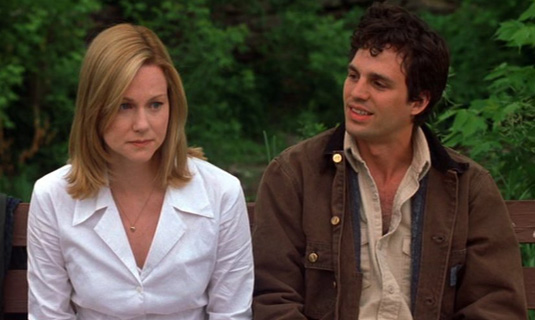 This is the short review of Manchester By The Sea I wrote on Letterboxd after I returned from Sundance: 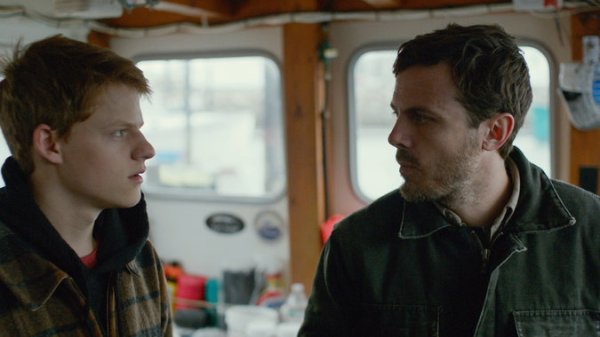 Casey Affleck plays a janitor who has to return to his hometown when his brother (Kyle Chandler) suddenly dies of a heart attack.  He’s named guardian for his teenage nephew, and you come to understand through flashbacks why he is so reluctant to assume that role.  Michelle Williams plays his ex-wife, in a fantastic supporting role.  Lucas Hedges is the 16 year old nephew, and he is amazing.  This is a break out role for this young actor.

But Casey Affleck’s melancholy superb acting had me sobbing, not just tears down my face but holding my hand over my mouth to keep quiet in the theater sobbing.  This is a masterful movie about real people and their grief. 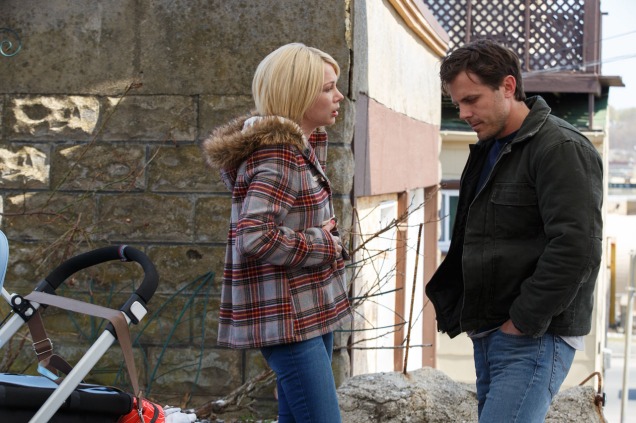 If you can, go see this film without watching the trailer, because the trailer shows part of a key scene between Casey Affleck and his ex-wife, Michelle Williams.  I think it has more impact if you don’t know what’s coming. 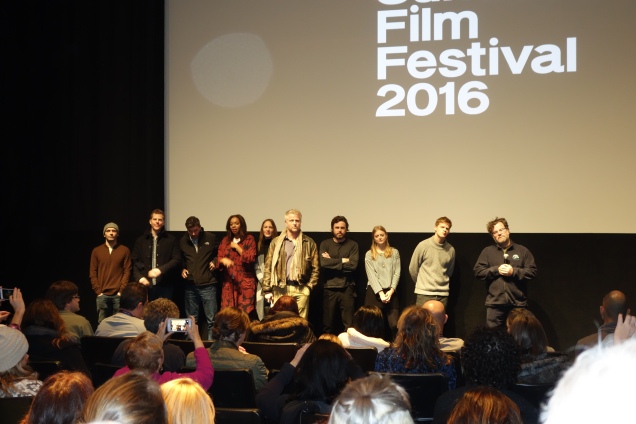