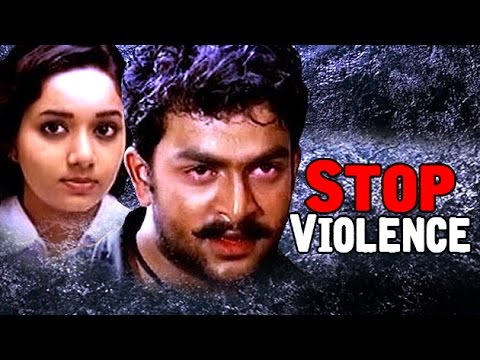 Can you review a movie when you watched it without subs and didn’t understand a single word?  (OK, I’ve watched enough Malayalam movies that I know illa means “no”, but that’s basically all I can get.) 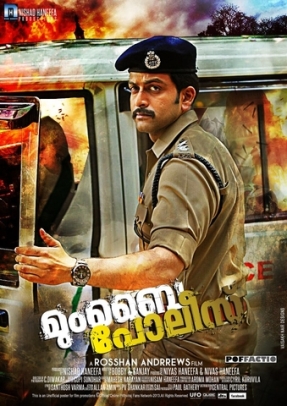 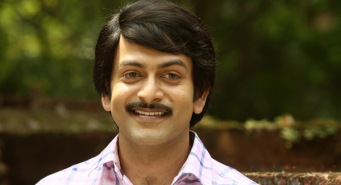 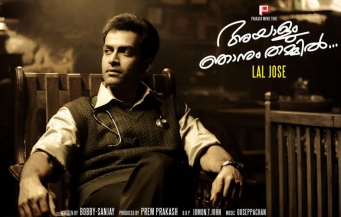 Prithviraj is a fantastic Malayalam actor who has I think over 100 movie credits, and he’s only 33.  I’ve seen him in several romances and intense dramas, and in interviews I can tell he is a quiet, reserved, serious kind of person.  When I reviewed the medical drama Ayalum Njanum Thammil, someone suggested I should watch Prithviraj in Stop Violence, one of his very first films back in 2002 when he was only 19 and a notable negative role for him.  NINETEEN!  One my sons is nineteen, so it’s that much more incredible to me.

The entire movie Stop Violence is available on Youtube and ErosNow, but without subtitles and there are no subtitle overlay files I could find.  Just from watching his entrance scene, I had to watch the whole thing.  I even checked MyIndiaShopping.com to buy the DVD, but the DVD release doesn’t seem to be available with subs either.  I read the Wikipedia summary of the plot, and figured, heck, it’s mostly action, I’ll just try it without subtitles and it’s under 2 hours. 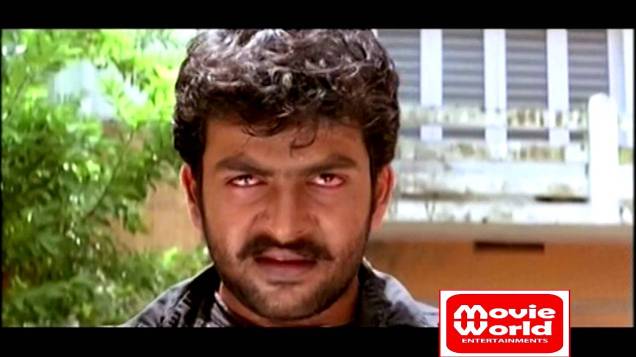 I’m so glad I did.  Yes, the movie is a B-movie crime flick by a debut director who likes splashing fake blood around — a lot.  But Prithviraj commands the screen from the first moment he appears.  Look at that intense stare and that snarl on his mouth!  Someone told him to grow a beard so he would look older.  His character is named Saathan and he wears a “666” necklace that he fondles menacingly all the time.  I didn’t realize at first that his name is literally Satan! 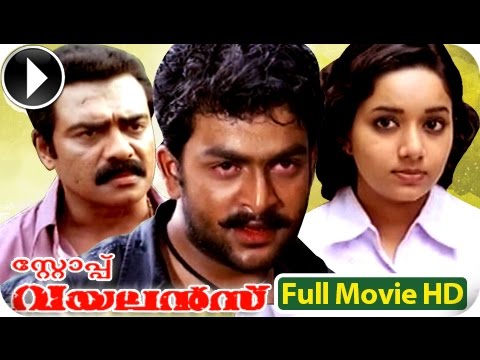 Stephen (Vijayaraghavan) is both a corrupt cop and the leader of a gang, and Prithviraj is his right hand man and enforcer.  Stephen sends Prithviraj to kill a rapist, and Angel’s (Chandra Lakshman) first glimpse of Prithviraj is watching him fling acid into the face of his victim. 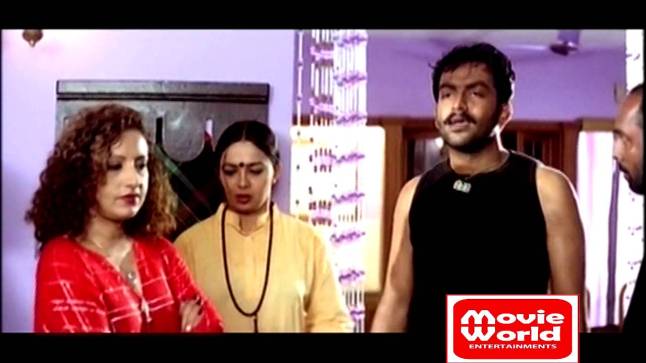 Angel has to take refuge with her cousin (? I think?) who is a female gang don, because Angel’s been raped, is pregnant and has been kicked out of her nunnery where she was a novice.  I was told this is not a fantastical plot but based on the real life rapes of some nuns in Kerala.  Prithviraj is sent to be their bodyguard.  Not completely clear all the relationships without subs, but that’s what I gathered.

There’s actually a scene where Angel is praying in a church, and Prithviraj hesitates to cross the threshold, and when he does all the candles blow out.  Yep, Satan!

Prithviraj delights in teasing and tormenting the naive Angel.  There’s a chemistry there, and she has a dream about him coming into her room one night.  Psych!  It’s just a dream. 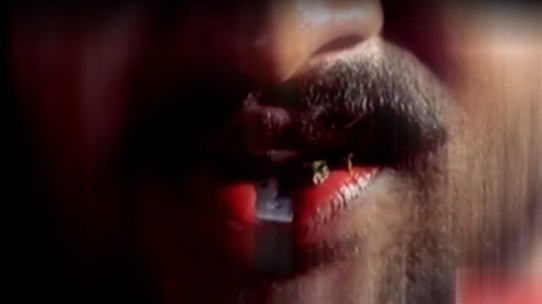 Prithviraj’s Satan has this thing, where he chews razor blades, I think with paan, and then spits razor blade pieces and red pulp into his enemies’ faces.  At one point, Angel thwarts him in his intimidation of someone who owes Stephen money.  He’s kidnapped the guy’s baby, but Angel gives it back to the mother, so he spits razor blades into Angel’s face.  Then tenderly picks them off after she just stands there and takes it.  He picks the razor shards off her face tenderly, which she feels as if he’s kissing her.  Oy. 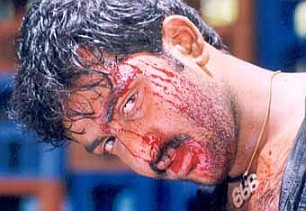 Prithviraj as Satan is falling under Angel’s spell, and he wants to reform, but Stephen won’t let him out.  Angel is let back in to the nunnery and Prithviraj visits her one last time.  To confess to her that HE is the one who raped her!!  I asked a friend who speaks Malayalam to translate that one last scene, and Prithviraj doesn’t even ask for forgiveness, just wanted her to know he was the cause of all her misery.  (And she doesn’t know that he confessed to the Archbishop so she can return to the church.)

Then he confronts Stephen on a railroad track and won’t let go so that both are killed by an oncoming train.  There was a HUGE splash of blood onto some goon cops who had jumped out of the way that made me laugh out loud.  Prithviraj was so intense in his death scene, and the director went a bit crazy with the fast flashing back and forth between the faces and then all that blood!

I think this is a fan made trailer, but it gives you a taste of what the movie is like:

There’s a fun movie within a movie reference, as the gang all watches Satya on TV together at one point, and the very end has the movie poster for Saathan’s story slapped onto a wall.

If you’re a Prithviraj fan, I’m not saying you need to watch the whole thing, but you should watch at least a clip or two to see how a nineteen year old Prithviraj commands the screen in one of his very first movies.  (I’ve tried to mark the video above at his entrance, about 11 minutes into the film.)  It was such a trip to see him in such a negative role.  For me, who had never seen Prithviraj like this, it was like watching Colin Firth be a mafioso goon in Mean Streets.  Mindblowing.

Two and a half stars out of five, being generous just because Prithviraj was intensely awesome.

4 thoughts on “Stop Violence – Prithviraj as Satan, for me as mindblowing as Colin Firth playing a gangster”