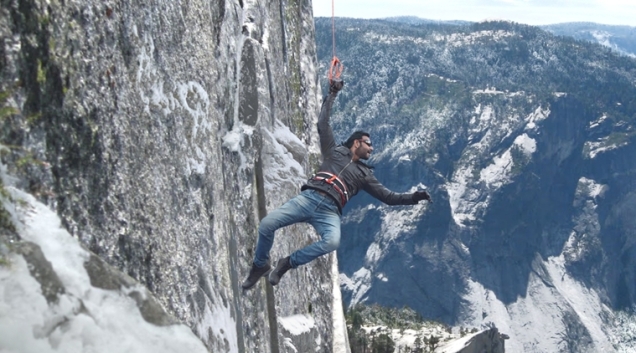 I love Ajay Devgn.  Unabashedly love him.  In Hum Dil De Chuke Sanam, I am totally Team Ajay.  One of my Desi friends expressed amazement that I like Ajay and was looking forward to Shivaay, “What?  He’s so ugly!” She’s still my friend even though I now wonder both about her eyesight and her mental acuity.  He has superb screen presence and can actually act, but he just has an unmistakable swagger as an action star.  The Shivaay trailer just blew me away.  We’ve never seen this level of stunt work and action cinematography in Indian cinema.  I had heard mixed things about Shivaay once it came out, but there was no way I was going to miss this film on the big screen. 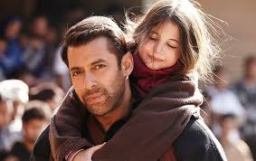 With Shivaay, it’s almost like Ajay the director is trying to combine an action thriller like Taken with the emotion and family heart of Bajrangi Bhaijaan.  The action sequences are fantastic, and really thrilling.  They measure up to the quality of Hollywood films, and the Bulgarian scenery is just gorgeous. 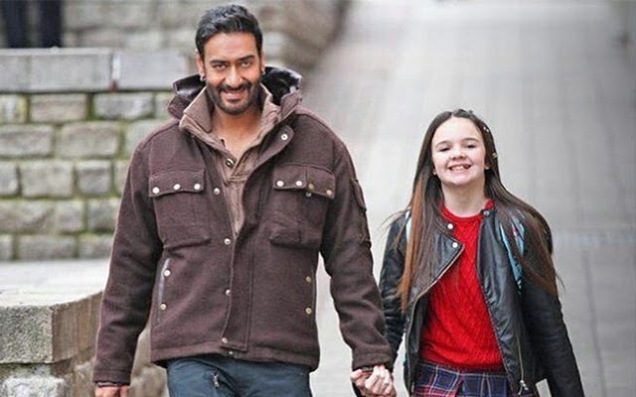 I absolutely adored Ajay’s relationship with his young mute daughter.  She was a terrific child actress.  Did she have to be mute? — maybe that was a way to get around the plot point that she doesn’t look like her Indian father and the actress wouldn’t be able to speak good enough Hindi.  As Margaret of Don’t Call It Bollywood points out, this is really a special father/daughter relationship on screen.  It has nothing to do with a daughter leaving home for marriage, and we have an adoring single father. 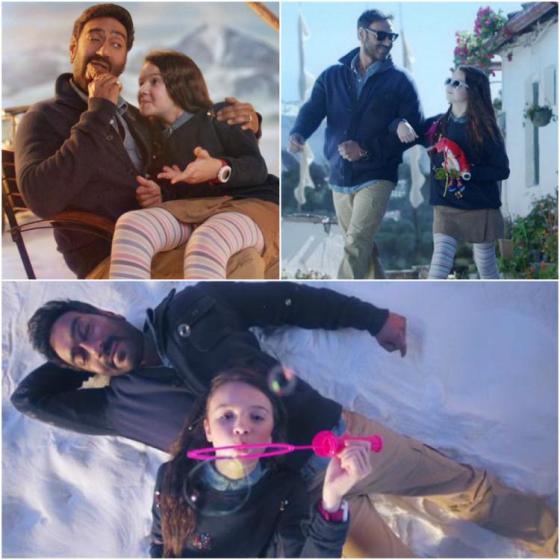 Why did this film not touch me in the heart the same way Bajrangi Bhaijaan did?  It has more serious peril with human trafficking by the Russian mafia, and a cute kid and all, I can’t quite put my finger on why it didn’t work for me.  Shivaay was just that much darker and had few moments of lightness and fun.  Ajay also didn’t have anyone supporting him of the quality of Nawaz or Kareena. 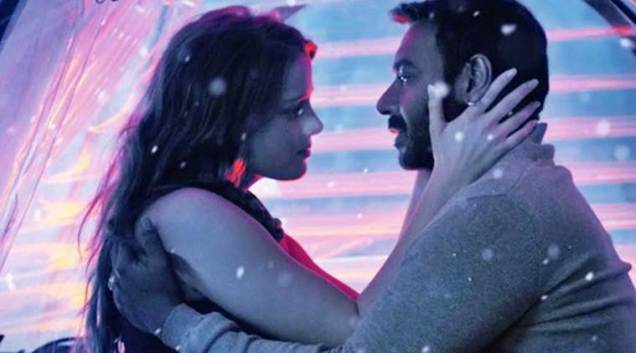 There was maybe too much time spent in this romance plot with Polish actress Erika Kaar, who does not have the acting chops of Kareena Kapoor Khan.  The villains are also mostly interchangeable Eastern European bad guys.  The big reveal of the ultimate bad guy mastermind was pretty predictable, and the final battle was pretty damn awesome.  The title track by Badshah is great, but the rest of the music tracks also don’t have level of Bajrangi Bhaijaan’s soundtrack.

Ajay is a solid action director.  I wish the script had been a bit better, and aside from the delightful child actress, the supporting players of better caliber to match Ajay’s intensity.  I would still recommend catching Shivaay in the theater, because the action scenes look amazing on the big screen.  Ajay’s showing the way — you can play a dad, and still have swagger and cool. 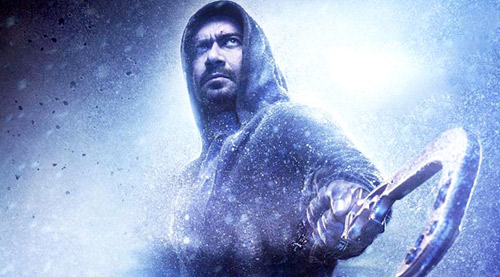 And wield wicked weapons like those rock climbing hooks!

Three and a half stars out of five for the great action.