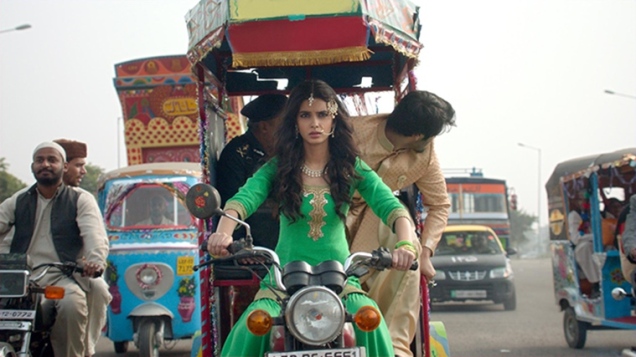 When I saw the trailer for Happy Bhag Jayegi [Happy Will Run], I was so excited.  It looked funny, and most importantly had Jimmy Shergill as the heavy, and Abhay Deol looking bemused.  The reviews have not been stellar, but I’m here to tell you it’s a fun little over two hour romantic farce.  And who doesn’t want to spend two hours with Abhay and Jimmy? 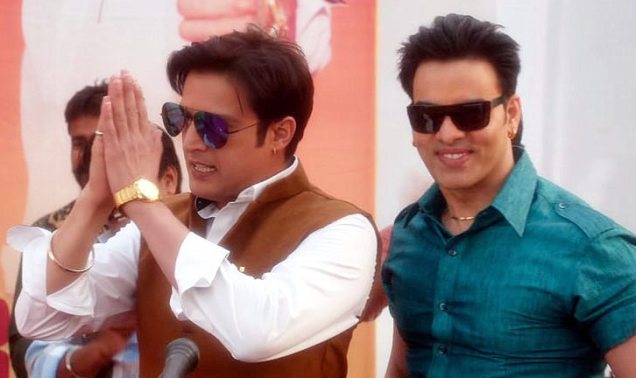 I really admire what Jimmy Shergill is doing with his career.  He’s taking the supporting villainish (but not too villainish) character roles now in this and in movies like Tanu Weds Manu 2, as well as supporting roles in action films.  Because he’s Jimmy Shergill, he’s the bad guy here, but he’s still so charming you almost feel sorry for him that his bride ran away.

Happy (Diana Penty) is a spitfire.  Her father has arranged her marriage to politician Jimmy Shergill, also the head of the local goon gang.  While Jimmy dances (badly!) at their engagement, Happy jumps out the bathroom window into a waiting truck.  Trouble is, it wasn’t the truck her boyfriend had arranged. 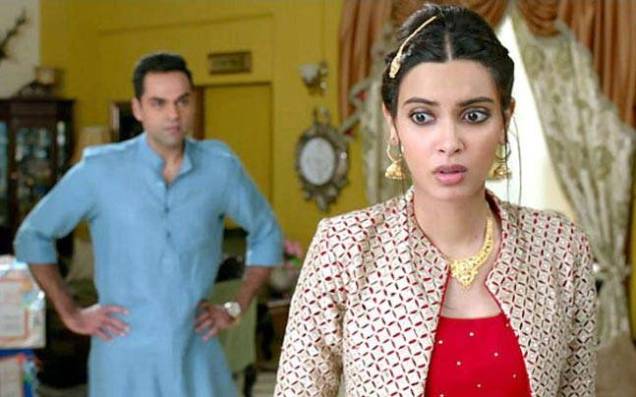 She pops out of a box in the home of Abhay — son of the ex-Governor in Lahore, Pakistan.  Abhay’s father is played by the always great Pakistani actor Javed Sheikh.  Bollywood audiences know him  as SRK’s father in Om Shanti Om, but I loved him as Fawad Khan’s father in the Pakistani soap Zindagi Gulzar Hai. 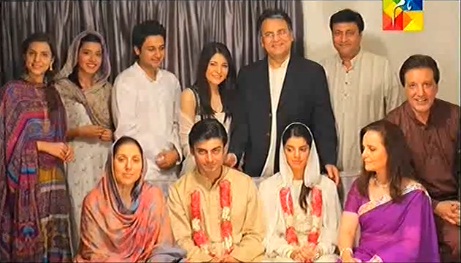 Abhay just wants to play cricket, but his father has great political aspirations for him.  They’d been in Amritsar on a diplomatic mission, and the truck is full of diplomatic gifts!

Happy is stuck in Lahore, without the fiance she really wants to marry, and poses a problem because she has no passport or visa?  And Abhay is of course engaged as well, so how to explain a strange girl in his house? 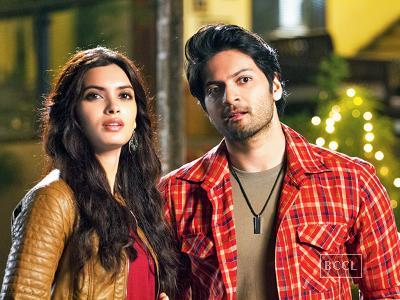 The whole thing is a lighter than air farce.  Even when Happy gets kidnapped at one point, you know she’s really in no danger, as the goons are scared of our feisty heroine.  Happy’s intended Guddu (Ali Fazal) is a rather feckless musician.  It’s no wonder her father had doubts about him!  Abhay has to figure out a way to get Guddu into Lahore, get them married and then deport them!  All while keeping Jimmy Shergill at bay.

What I liked about this movie is that the Pakistanis are all nice people.  They are not the bad guys at all!  I can’t for the life of me understand how this movie could be banned in Pakistan, because it’s so positive about Pakistan!  The misunderstandings between the two countries are presented in a humorous way, and barriers between people broken down.  The director wrote an open letter to Pakistan, and the official who banned it, because he doesn’t get it either!

The women in the movie are strong, both Happy and Abhay’s fiance Zoya (Momal Sheikh).  They make the men in their lives rise to the occasion.

It was a very pleasant way to spend a little over two hours, and I laughed out loud at quite a few points.  Abhay, it’s great to have you back.  I’ve missed you.

Looking up Ali Fazal, I don’t remember him at all from 3 Idiots, but he’s set to play Abdul in Stephen Frears’ Victoria and Adbul opposite Judi Dench!  I wasn’t super impressed with you in this trifle, but go you!

Three and a half out of five stars.

Margaret of Don’t Call It Bollywood and I saw it together.  Read her spoiler free review here.