I am a total sucker for time travel romance stories.  I absolutely love that story telling device, and I was really excited when I saw the trailer for Baar Baar Dekho because I don’t remember ever seeing it in an Indian film. 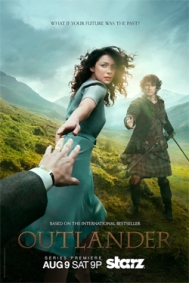 Baar Baar Dekho is the first feature film by director Nitya Mehra.  She has worked as the Assistant Director for Ang Lee (Life of Pi) and Mira Nair (The Namesake).   The film also has some high powered producers – Karan Johar and Farhan Akhtar.

The beginning of the film is a beautiful montage sequence showing how Sidhartha Malhotra and Katrina Kaif’s characters had been friends from childhood, and were like an old married couple by the time they became engaged.  In fact Katrina uses that exact line in her proposal to Sidharth.  We might as well get married then!

Sidharth isn’t sure he’s ready for marriage, with a possible huge career change on offer to teach at Cambridge.  He hates the huge wedding that Katrina’s family has organized and is just overwhelmed.  (I love Ram Kapoor as Katrina’s dad!)  He and Katrina have a huge fight about moving to England right before the wedding, and he downs a whole bottle of champagne.  When he awakes, suddenly it’s two days later and he’s on his honeymoon. 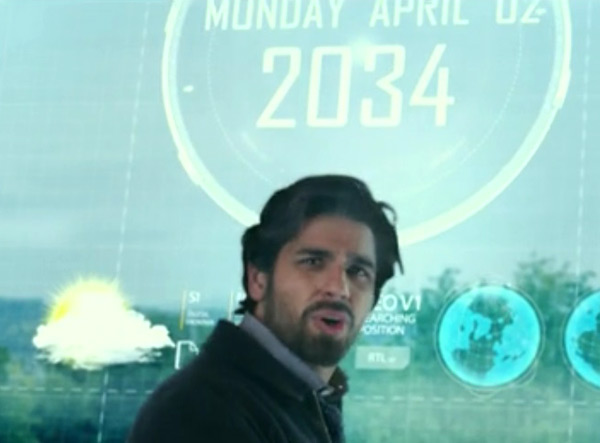 The next time it’s two years, and then suddenly it’s 2034 and he’s 46!  The look of the future in this movie — the technology and the clothes and the aging makeup were all top notch.  I was fascinated by the familiar and yet not familiar future that Mehra presents. 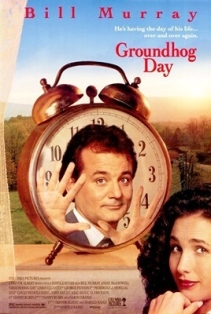 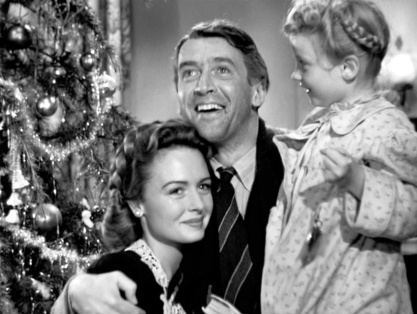 Gradually Sidharth gathers that this journey through time is supposed to teach him something.  Show him the highlights of his future life, and where he went wrong.  And he’s allowed to repeat a day, Groundhog Day style, to get it right.  Rather than Clarence the angel from It’s A Wonderful Life, we have the Rajit Kapoor as the priest (pandit??) who performed the engagement and then wedding ceremony, who keeps popping up in the future.  “It’s about the small moments in life.”

The problem is that the film beats us over the head with this message, and the film drags.  It’s two and a half hours long, and would have been a better movie if it had been tightened up.   The other problem for director Mehra is that the whole movie rests on the shoulders of actor Sidharth Malhotra.  He’s okay (and God knows he’s pretty to look at), but I couldn’t help comparing him to the much better actor Domhnall Gleeson in About Time.  Sidharth also didn’t have the caliber of Bill Nighy to play off in this movie either.  Katrina Kaif was fine, I have no complaints with her, but the rest of the supporting cast could have been a step up (I did like Rajit and Ram Kapoor, though).   Sidharth spends much of the movie with that confused face of his.  It’s a bit of stretch that Sidharth is playing a brilliant mathematician absent minded professor.

So it’s a swing and a near miss.  It has some things I really liked, like the fantastic soundtrack.  I stayed all through the end credits Kala Chashma Baadshah song.  And I loved the production style in the future.  That was really cool.  There just didn’t feel like there was enough there there.  I am looking forward to director Nitya Mehra’s future films.  She’s got a spark of something to her, and I want to see more.

Three stars out of five.