This is one of my holiday classics I have to watch every year.  Reportedly, Bing Crosby had no idea who this Bowie person was.  It’s just such a wild juxtaposition, and their voices together glorious.  It almost didn’t happen.

In 2014, Merrie Olde Christmas writers Larry Grossman and Buz Kohan remembered the circumstances behind the collaboration. The pitch was originally to have the pair duet on “Little Drummer Boy,” but Grossman told PBS that Bowie put his foot down.

“He said, ‘I won’t sing that song. I hate that song I’m doing this show because my mother loves Bing Crosby.’ ”

The writers found a solution: Craft a counter-melody that Bowie could sing while Crosby proceeded with “Little Drummer Boy.” “It all happened rather rapidly. I would say within an hour, we had it written and were able to present it him again,” Kohan explained to PBS. Bowie loved the resulting melody, called “Peace on Earth,” and the rest was history.

Bing Crosby’s children talked about the odd pairing, which took place a month before their father Bing, died.  David Bowie wasn’t excited about it, but did it because his mother was such a huge fan of Crosby.

“The doors opened and David walked in with his wife. They were both wearing full-length mink coats, they have matching full makeup and their hair was bright red,” she told the summer TV critics’ tour Wednesday. “We were thinking, `Oh my god.'”

Nathaniel Crosby added, “It almost didn’t happen. I think the producers told him to take the lipstick off and take the earring out. It was just incredible to see the contrast.”

Watching in the wings, the Crosby kids noticed a transformation.

Ever since I watched the Telugu remake of the Malayalam blockbuster Premam, I have been playing the song Evare, and the original Malare over and over.  The sweeping melody and the lyrical voice of Vijay Yesudas in both versions just transport me into a place of peace.

The Malayalam song video I found has English subtitles.

This has been on constant repeat since it came out yesterday!!

Much car dancing driving around listening to this one.

Daawat-e-Ishq (Feast of Love) is not the best movie, I’l admit, but I still adore this song.  I love the whole concept of this restaurant owner and chef winning over his prospective bride with a feast.  A feast of all his specialty dishes, and a promised feast of love.  One taste and she’s hooked.

This song came up on shuffle today and it never fails to bring a smile to my face.  I think Aidtya and Parineeti were very cute together.

This video has no subs, but you can find the lyrics and translation here on Bollymeaning. (My godsend site.)

I had an Indian/Pakistani buffet lunch today, ironically, and the waiter wouldn’t let me go until I tasted the rice pudding dessert sprinkled with pistachios.  He did not ask for my hand in marriage, but wanted compliments on the naan he made himself.  (OMG it was so good! I almost proposed myself.)

Depeche Mode was the soundtrack of my college days.  How can you not love a synth New Wave song with xylophone, English horn and melodica?

Took some visiting relatives to the Art Institute and to Millennium Park in Chicago today, so this song was of course on my mind!  Seriously, Millennium Park and Navy Pier have never looked more beautiful on film, ever. 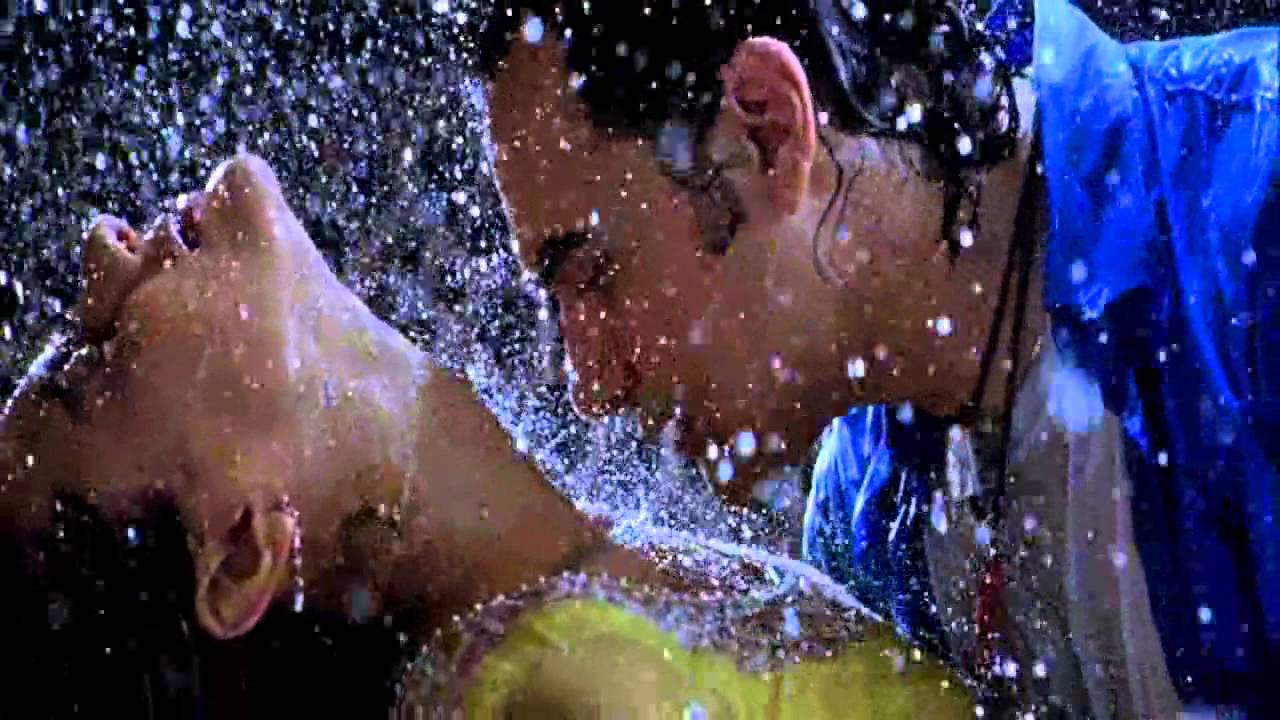 In Chicagoland, we’ve had a miserable week of cold rainy days.  Just relentlessly wet and dreary.  Rain has a much different connotation in Indian films!

Yet another rainy misty day today, and when Dekho Na played today on shuffle, I was thinking, “Hey, I didn’t even get any sexytimes with mullet-hair Aamir after all this rain!”

This song sequence is one of my all time favorites.