Slow West was my favorite narrative film of the 2015 Sundance Film Festival.  This past weekend there were two things that made me think back to this excellent film.  I was visiting with someone at a party who asked me about my favorite films at Sundance, and I read an old article in EW about Rogue One.

I had no idea before I saw this picture that Ben Mendelsohn who was the villain in Slow West is the Empire evil general of Rogue One. 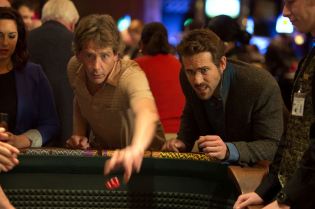 Ben Mendelsohn had two films at the 2015 Sundance.  Slow West and the not quite as good gambling drama Mississippi Grind with Ryan Reynolds.  I’ll never forget that he wore the huge bearskin coat from Slow West to the premiere. 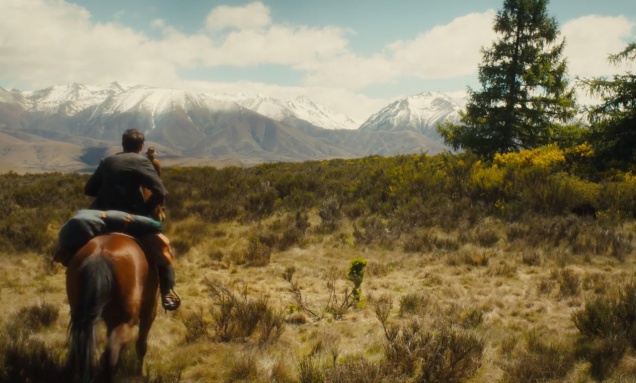 Slow West is a Western, the debut feature film of English director John Maclean.  It was filmed in New Zealand to stand in for the American West of the late 19th century.  The scenery is drop dead gorgeous.  (Seriously, if you ever have the opportunity, GO to New Zealand.  The mountain range near Queenstown is called The Incredibles for a reason.)

Of course, the taciturn Michael Fassbender is perfect to play Silas, a loner bounty hunter in the old West, He has the presence to express much while saying nothing, like the perfect Western hero.

Kodi Smit-McPhee (who I saw in the futuristic set Western Young Ones at the 2014 Sundance fest) plays Jay, a young nobleman on the search for his lost love. He is fresh off the boat from Scotland, and Silas rescues him , and then offers his services as protector for a steep fee. 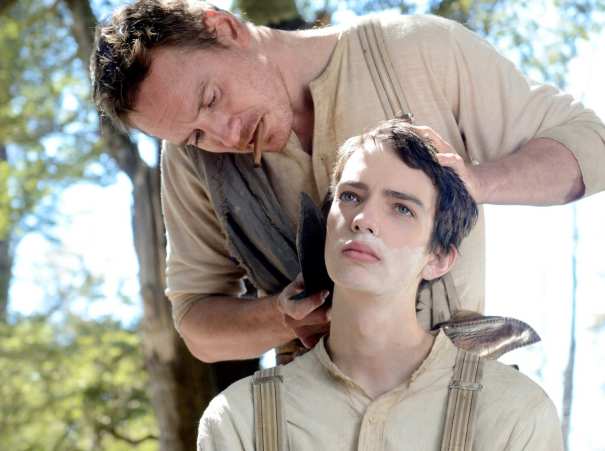 The movie moves at a measured pace as they travel together, punctuated with startling action scenes — all the more startling coming suddenly out of the slow quiet we have been lulled into.  I really liked the relationship that develops between the green romantic Jay and the reserved jaded Silas.

Along their journey, they run into the gang of another bounty hunter, played by Ben Mendelsohn in an outrageous big bearskin coat,. (The actor wore the very coat to the premiere). We find out that there is a huge bounty on the girl that Jay is infatuated with, and her father, and there are many bounty hunters looking for the pair. Silas is among them, although he hides that fact from young Jay. 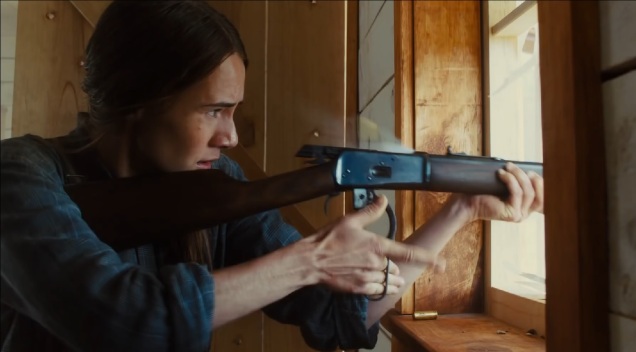 What I loved about Slow West is how it took the audience expectations of what happens in the Western genre, and turned them on their head. The final climax shoot out scene, which we all see coming, goes nothing like what I expected, and I loved the movie for it. I won’t spoil it by listing in detail what surprised me, but I especially loved that Rose (the object of Jay’s infatuation) was quite simply kick ass and no damsel in distress.  Rose is played by Caren Pistorius, who will appear again with Fassbender later this year in The Light Between Oceans.

While you could complain that Slow West was too slow in parts, I felt like it just added to the impact of the action scenes and the New Zealand scenery was gorgeously shot. It’s hard to believe that this is the debut feature of director/writer John Maclean. It well deserved the World Cinema Dramatic Jury prize it won at Sundance.  I’m a huge Michael Fassbender fan, and this is one of my all time favorite Fassbender films, and he’s been in so many good ones.

Slow West is available now for rental on Amazon Video (it’s free with Amazon Prime) and on Google Play.

Five stars out of five.