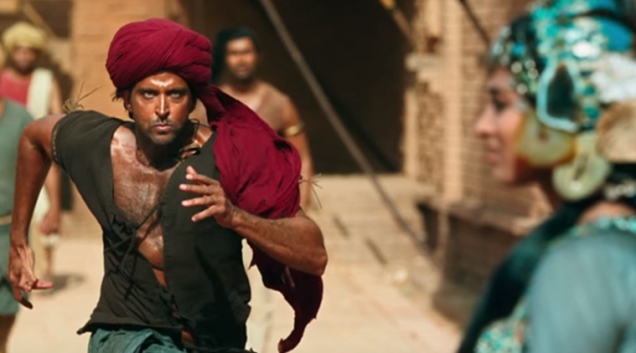 Nearly two years is a long time to wait between Hrithik Roshan movies.  My neighbor and I didn’t care what the reviews said, or the mocking of her husband.  We were bound and determined to spend two and half hours with Hrithik.

My neighbor had no idea who the director was, but expectations naturally run high when Ashutosh Gowariker, whose works include Lagaan, Jodhaa Akbar and Swades returns to the helm after a six year absence.

And therein lies the rub.  The reviews have been harsh, because we expect so much, both from Gowariker and Hrithik.  This film was a swing for the rafters and a big miss.  The trepidation started with the trailer.  That fight with the crocodile looked fake, and the story didn’t seem very compelling.

Annnd, my fears were born out.  I think it was good that I had read a few reviews, and watched Anupama Chopra’s disappointed savaging.  I went last night knowing it would be a hot mess, and just went along for the ride. 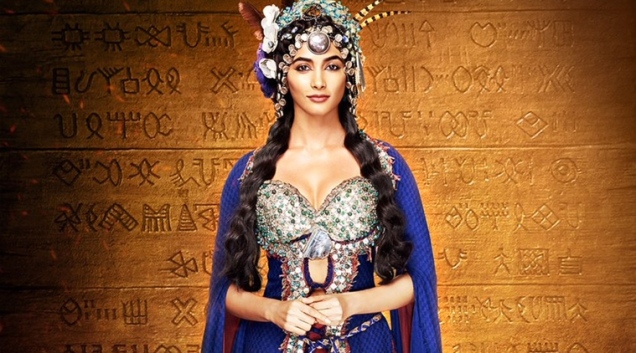 Hrithik’s costumes I liked, but the headresses of Pooja Hegde were absolutely ridiculous and distracting.  It’s classic poor farmer comes to the city and falls in love with the beautiful girl from the rich side of town – with a bit of Aladdin thrown in (I kept humming “Riff Raff, Street rat“)

Pooja as the high priest’s daughter is pretty enough but she doesn’t have much sparkle to her.  I kept thinking how much personality a Deepika or a Priyanka would have brought to this role.  Pooja is fine, but she’s not enough to carry this film, when there’s so many other issues with it. 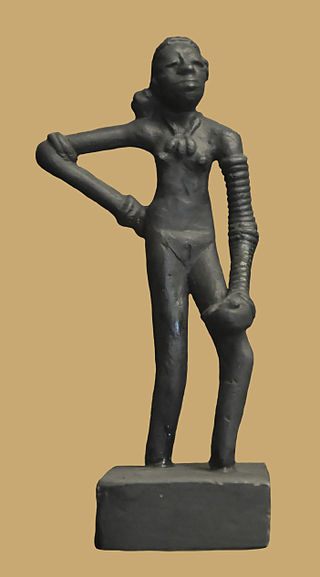 At the very end they show this famous dancing girl artifact from Mohenjo Daro tumbling in the water, and just look at the attitude of that young girl.  This is the girl I wish the movie had been about.  I want to know about her story – she has so much personality and moxie frozen in metal.

Hrithik gives over 100% in any role he takes on.  His dancing is graceful in Mohenjo Daro even if it’s absolutely ridiculous that he would be disguised by a bit of red eye makeup and a horn on his head.  His dance with Pooja in Tu Hai was my favorite of the film.  The rest of A. R. Rahman’s soundtrack didn’t send me, but I love this song. 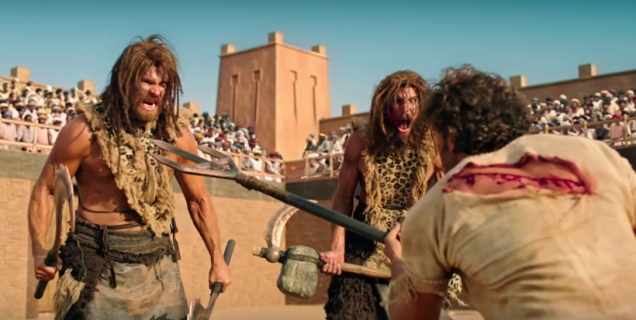 Hrithik’s very good in the action sequences, especially in this athletic battle against two cannibals.  (What is it with Indian movies and the dreaded cannibal warriors?)  Hrithik’s intensity is often expressed in just shaking with rage.  Literally shaking.  It gets to be a bit much, to be honest.

The main flaw in the film is not Hrithik over doing it, or Pooja under doing her performance.  It’s the story.  It’s just not enough somehow.  The script needed more work.

Kabir Bedi is a reliable villain, even if he’s getting a bit long in the tooth to be thrown around.  Arunoday Singh plays his son, Moonja, who’s betrothed to the young priestess.  Poor Arunoday just has that kind of face that looks like a slightly stupid villain, like he did in Main Tera Hero.

The very last part of the film is a big pretty unbelievable action sequence rescuing the city inhabitants from a dam breaking.  My neighbor informed me that excavations have shown that Mohenjo Daro was destroyed by water.  Maybe the film would have had more excitement to it if it had been more of a disaster movie than a pseudo political drama of an ancient city.

Mohenjo Daro is a bit of a hot mess, but it had some enjoyable moments.  It’s just not very good, and with Ashutosh Gowariker‘s pedigree, that’s really very disappointing.  And after Baahubali, the special effects in this Indian epic don’t measure up.

One thought on “Mohenjo Daro – a somewhat enjoyable hot mess”