It’s still January, if barely, right?  This is a list of my favorite films in Indian Cinema released in 2016.  I have not seen every film released, by a long shot, but I’ve seen quite a few of the top releases in Hindi and Malayalam cinema in theaters.  I still haven’t seen Pink, although that is definitely on my list, and it’s now on Netflix streaming.

Kapoor and Sons  was hands down my favorite Indian film of the year.  I just love the way the cast interacts.  It feels like you’re a voyeur in a real family and their drama.  I will admit that Sidharth is the weak link, but Alia and Fawad are so great in this.  Fawad Khan especially just blew me away.  And the soundtrack!  Kar Gayi Chull is my phone ringtone for a reason, because I never tire of hearing that hook.

Dulquer Salmaan had an amazing year, but Kammatti Paadam is just a masterpiece.  I’m so glad I saw this Malayalam gangster epic in a theater.  I was nearly shell shocked by the experience of seeing this Rajeev Ravi film.   Dulquer is our eyes into this world of gangsters, and dalit toughs.  He is very, very good, but the two actors, Vinayakan and Manikandan steal the show. 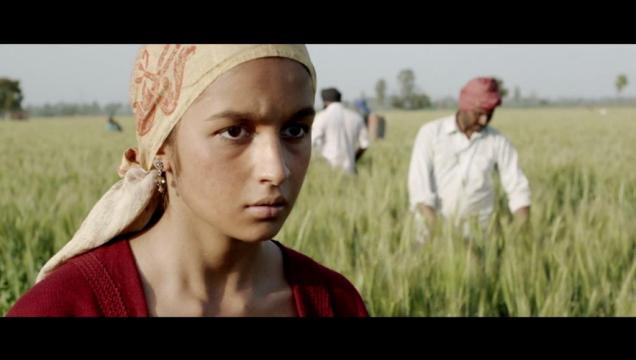 Alia Bhatt also had a great year.  I’m still thinking about how fantastic she was in Udta Punjab, a film filled with great performances.  This is the film that introduced me to Diljit Dosanjth.  And how great was Shahid Kapoor as the comic relief?  This was an entertaining film, but also one with an important message about how the drug trade affects everyone– a message the censor board tried to suppress, and thank goodness they did not prevail.  Udta Punjab is currently streaming on Netflix.

Oh my goodness, Kali is such a tense thriller.  Kali means rage.  I admire the script and how the director kept me on the edge of my seat. I did not know what would happen next at any given moment. I felt that anything could happen. And I loved that about this Malayalam movie!  The first half is a personal story of a marriage with young man with anger issues.  Then the second half grips you by the throat.  Dulquer Salmaan gives another stellar performance in a great year, matched by Sai Pallavi.

I adored Shahrukh Khan and Alia Bhatt in Dear Zindagi.  We were afraid when the film was announced it was going to be a romantic relationship, but SRK is her mentor and therapist in this fantastic film.  This is my first Gauri Shinde film, and she is a wonderful director.  This was a nice crossover film that I took some Bollywood virgins to see, and they loved it. 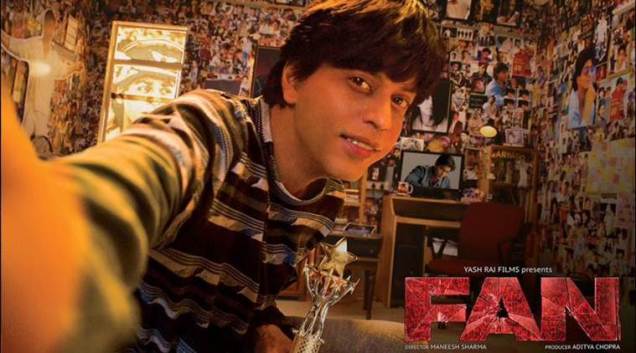 Although not a perfect film, I submit Fan may be the one of the best performances of Shahrukh Khan’s career in the double role of Guarav and Aryan.

This really felt like a year for women in Hindi cinema.  Sonam Kapoor was perfect casting for Neerja.  This film reminded me very much of United  93 – you know what’s going to happen, but you’re still on the edge of your seat watching it unfold, filled with tension.  Neerja is currently streaming on Netflix.

I love that Aamir Khan made this movie about girl empowerment.  He let the young women at the center of this true story take the lead, and he was brave enough to play a father with a paunch, no less.  Dangal was one of the biggest family films of the year.

I’m still not happy with the ending of Ae Dil Hai Mushkil, but man it has some glorious moments.  It’s full on lush Karan Johar film making – actually my first Karan film on the big screen.  I’m reading his autobiography now, An Unsuitable Boy, and he says that Ae Dil Hai Mushkil is about his own unrequited love story.  It’s a very personal film.  I wish there hadn’t been all the controversy about Pakistani actors, and Fawad Khan had a bigger part.  That soundtrack!!  I listened to the title track on constant repeat.

I really enjoyed Sultan, and Salman made a great pairing with Anushka Sharma.  It was another Hindi film with a message of female empowerment, even if the majority of the film was about Salman’s character.  Great soundtrack, too!

Special mention for Brahman Naman which I saw the premiere of at Sundance back in January.  I’m not sure if it’s a purely Indian produced film, but it’s a quirky and wonderful teen sex comedy. It’s currently streaming on Netflix.